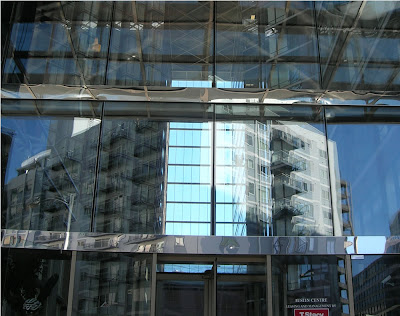 I really feel like everything is a muddle...but I *MUST* write. Why write? Why not clean the bathrooms? Why not become embroiled in FFP's sudden interest in iPhone apps that has him playing music on his computer? I don't know. Perhaps because I just tweeted this:

Write until the UT game starts! Really. Not to be interrupted by FFP downloading iPhone apps . Random inspiration from stuff on my computer.

And if you tweet it, you must do it. Right? Well, no not really. I think I tweeted that I was going to clean the bathrooms yesterday. And, of course, I didn't.

And really he never bothers me with music or playing tapes of his interview subjects except now it is kind of a pain for some reason when I set out to write with a deadline. I guess I should have waited until the game started to do my writing exercise. Of course, that's when I planned to clean the bathrooms! Really. (It makes me nervous to watch the game. I don't care about the game, but it is bad for everyone in town when UT loses.)

And so my life goes. I've had a little more 'free' time this week than usual. Tennis got rained out twice and my dad was less needy. I spent a bit more time reading and did a little cleaning. (Just not the bathrooms.)

It was a week of worrying a little about my health as I suffered through pain in my hands. I've had it off and on for forty years and no doctor has ever diagnosed it, but this was an especially painful bout. On Thursday I dribbled some hot coffee on my hand and was relieved that the irritated skin (it wasn't really a burn) distracted me from my other hand pain for a few minutes. (Or was it the petit pain au chocolat I had with the coffee?)

Yeah, the week went along, goals cast hither and yon.

I watched a movie I'd always meant to watch to better understand modern cinema: "Bottle Rocket" with the Owen brothers. I didn't find it as charming as some people. I didn't dislike it as much as I did "Napoleon Dynamite." I don't feel a Wes Anderson connection, sadly. I'm out of touch with the young people.

"Bottle Rocket" is (apparently) about rich boys who can't quite find themselves without doing a bit of crime. Actually the boys are men who never grew up. There aren't any adults who did grow up about, either, with only a few criminals to look up to. Anyway. Not much for me to relate to there.

Today I did get to play tennis. It was fun. I almost won three sets, losing the last 7-5 in a tie break. For once, my dad insisted he didn't need me to come out after tennis to do something for him, so I took advantage and stayed at the club and worked out briefly and joined FFP for some food in the pro shop grill. I had some year or two old New Yorker magazines in my car and I was reading about Peter Gelb, the GM of the Metropolitan Opera in one of them while working out and eating. Mr. Gelb has had an interesting life. I read about people like him and am often moved to wonder what my life would have been like if I had been the son of a NY Times managing editor and a writer instead of the daughter of a farmer/hospital attendant and a school teacher.

Now FFP has left his computer and put the bath mats in the laundry. This is always the first thing I do when I'm going to clean the bathroom. Does this mean he is going to scrub the shower, clean the glass and mirrors, scrub the toilet and mop the floor? Sure. Sure, it does. So I can just sit here and write. Now he is emptying trash. He is showing me all right. It's not all on me to clean now that we don't have a maid.

FFP did manage to distract me a little first by looking for the channel which will have the game and then by talking about going down to the store to get something to snack on. But it isn't really about what he's doing, is it? It's just the right time for the mop, the wrong time for the writing.

[Picture is a reflection at the downtown Omni hotel which reflects the depths of my confusion vis-a-vis writing and chores.]
Posted by Linda Ball at 1:38 PM