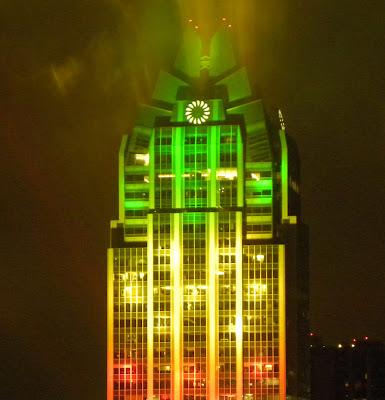 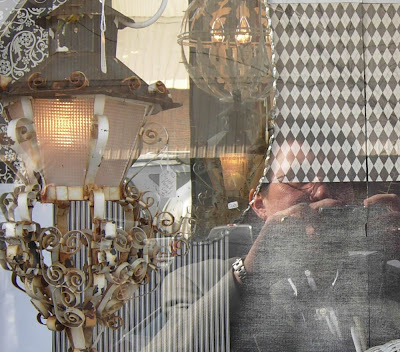 I am fascinated by those collections at places like Harry Ransom Center at UT where all the books, papers, manuscripts, ephemera and claptrap of a life is carefully handled (with white gloves), organized, indexed and stored in acid-free boxes and such. That's the treatment someone like Norman Mailer gets. I would call to your attention that the center has perserved the invitations and attendance list for his fiftieth birthday party. I myself have ephemera from my fiftieth birthday party. But I doubt it will ever be curated.
For most of us, if we don't curate our lives then no one will. On the other hand, who will actually care about it but us? Even if I had kids I don't think they would care. So what's the point? Does it matter that you can't remember where you were twenty years ago or what unpublished writings you were creating? Does it matter that many of your photos are unlabeled and the people and places in them unidentified. What has even been the point of keeping old photos and computer files of writing and digital photos and scans of tickets and souvenirs and thousands of emails? Indeed, I've made a great effort to keep the stuff even if I haven't done much to preserve it from harm. The computer files have been copied and preserved through so many hard drive failures and computer decommissions that I've lost track.
Still I have this desire to organize it and have decided to spend a little time on it each day. It will, of course, be another forgotten project after a while. Perhaps there will be little lists on the computer and notes on paper to commemorate the effort (and cry out to themselves be archived).
[Today's picture is a shop window self-portrait taken at Uncommon Objects in 2008.]
Posted by Linda Ball at 5:29 PM No comments: