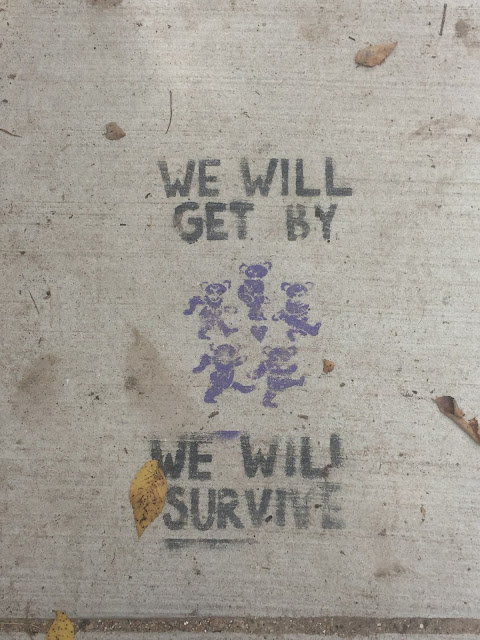 By my count, we have been extra careful for over 200 days to avoid catching COVID. And I mean extra careful. Until last Saturday the 26th, I had been inside with others (besides in my apartment with my husband) only when getting in and out of our building and when I got a haircut (masks for everyone, not a lot of people, did my own shampoo to speed things up) and when I got a flu shot (lots of precautions at the pharmacy). The husband had visited the doctor's office (standalone building, many precautions) a couple of times including to get that flu shot. We rode an elevator with others very rarely and always masked. Last Saturday we were invited to someone else's condo (less than a mile away in our downtown area) for a meal and drinks with two other couples to watch a virtual gala. We were a "trusted pod." Like the old times almost because we were convinced that none of us was silently carrying the virus. [I admit that I didn't quiz the others too much!]

So we have spent over half of 2020 in this mode. We have canceled trips, avoided shopping inside stores, avoided restaurants except for curbside takeout. I have followed the news on the disease. At some point, I started closely monitoring the statistics reported in my county and tried to calculate my chances of getting the disease in doing some activity.

You know those list memes where you answer questions someone else provides? I dislike them because I find myself wanting to edit them. So I made my own for Day 200.