Collecting My Thoughts and Other Things

I considered posting yesterday. All day I thought about the things I might write about: cleaning, collections, pastimes, taxes, summing up the greeting card 'season,' etc. Also, my boycott of football.

I didn't do any cleaning yesterday. But I did on Thursday, I even moved the furniture to get the vacuum behind and around and under things. So the 'living room' area of the main room got cleaned pretty thoroughly. I'd actually started on it the day before. 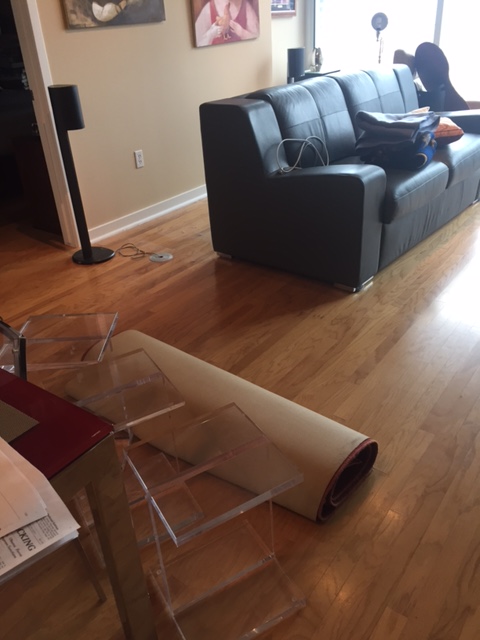 When we moved in, we had a heavy coffee table I couldn't move. We gave it away and I have those trestle tables. I have an area rug I can move. I've got sliders on all the furniture like that heavy hide-a-bed couch. I have to move the couch to get to all the shelves above it. See below. There are vestiges of former collections on those shelves. Book and barware. 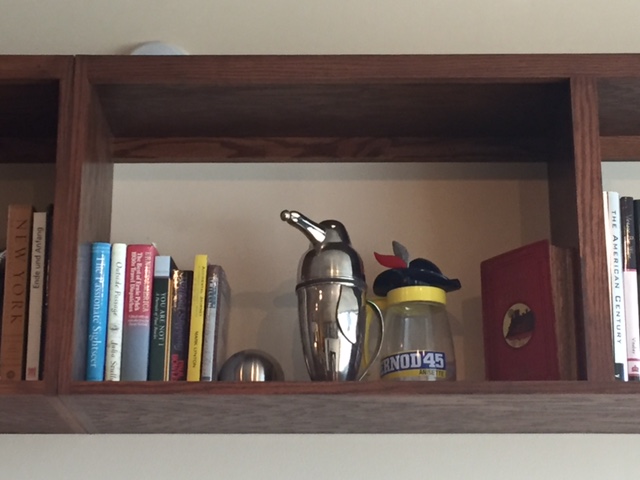 Gosh...I've had so many collections. The globes for a while. (All but the smallest were given away.) The Bendable Posable figures. Many remain in my possession, but some are gone. Old toys. Many gone, a few remain.

I was thinking of pastimes because I played tennis yesterday. The Saturday game consists of all ladies somewhat older than I am. One is so distracted that she never knows the score and seems angry when I tell her what it is. One I have the following conversation with repeatedly: "Thirty-love." "What?" "Thirty-love?" "What's the score?" She also moves only one or two steps on any given point. It's a bit frustrating. The third is my regular partner for my Tuesday and Thursday games as well and, while she's the oldest at 85, she moves a little and is engaged in the game and score. Still, these other ladies play and I play with them although it is more or less frustrating depending on the day. Some of the ladies I play with also have other pastimes. Mah-jong and Bridge, for example. Really. I can't believe I even know people who play these games. Many also participate in debutante balls for children. Seriously.

My major pastimes are tennis, reading and television. Yesterday, we watched a little (very little) inane NYE coverage. FFP watched football. I checked the score occasionally to see how much longer, but mostly I read and worked puzzles. (Puzzles are my major pastime and literally it passes too much time and becomes a time waster.) I'm boycotting football for a ton of reasons. Not that I was contributing much but my eyeballs to it before.

We did get a holiday card yesterday and I suspect we'll get more next week. I may respond to this one or not. It has to stop somewhere. I'd never gotten one from this person before. They are an employee at one of the charities we give to, but it's a personal card. I'm probably going to take the lot of them down from display today. Another year of winter holiday.

I also thought about my taxes yesterday. I organized the spreadsheet for the mortgages we own to get that to the CPA for preparation of 1096/1098 forms for the government and mortagees.

Today is the last of Holidailies. I only missed two days, I think. Will I continue blogging here. Well, maybe. It's been kind of fun and cathartic.
Posted by LB at 10:25 AM No comments: