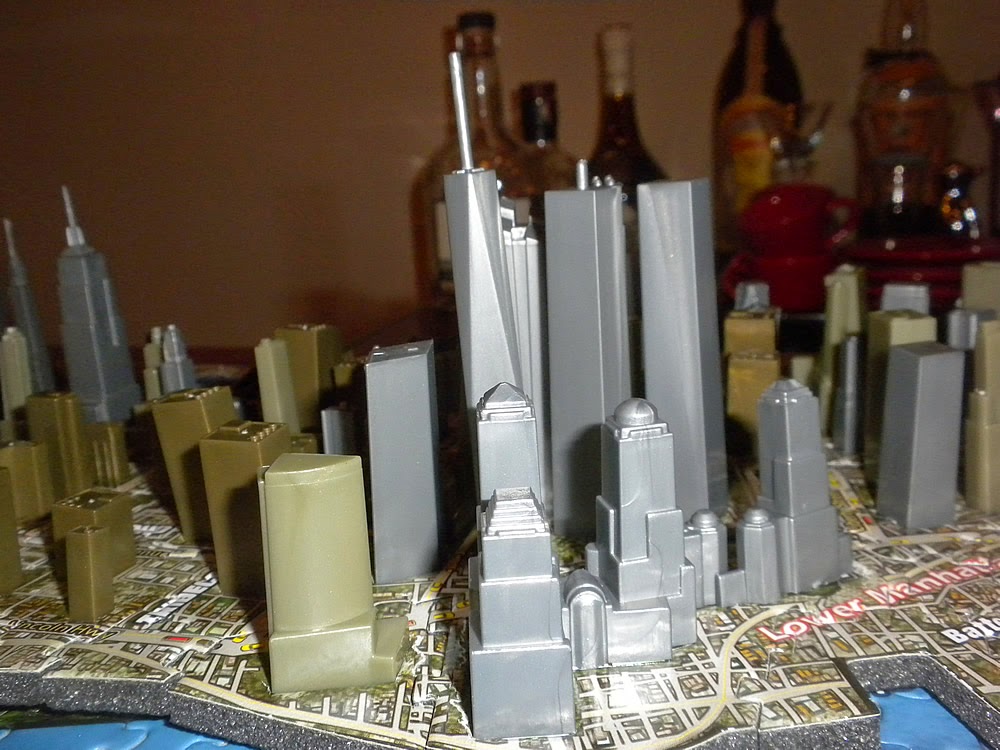 Today is Boxing Day? This one I never heard of until probably a few years ago. It is a Commonwealth thing apparently. Think English Lords and their minions. Think "Downton Abbey" which starts up in the U.S. again soon. It's a day to give goodies (in a box of same apparently) to servants and tradespeople. In the U.S. we give Christmas bonuses well before the day to the concierges and staff, the employees of one of our clubs (I don't think the other one does this) and to the person who delivers our newspaper. For the concierges it is achieved not with the discreet passing of an envelope of cash to insure service in the year to come but rather by appeals to everyone to give management checks which they redistribute as bonuses. From the begging and pleading in emails and on the elevator notices I'd say few people gave as early or as well as we did. Of course, the employees will not know this. At the club they assess you on the monthly bill and you have to object to remove it. A better system but still not one that allows you to tip the employees most useful to you. The newspaper person, who I confess I have never laid eyes on, includes a card with his address on it well before Christmas. We send a check right away (just as we respond to the plea for money for the concierges and staff right away) because otherwise we will forget. None of these activities wait for the day after Christmas. If we actually had servants (ha) or tradesmen who weren't well compensated for every repair or delivery, I assume we would reward them well before the holiday.

Now we are invited to a Boxing Day open house. I think it's just a convenient day to have a party. It will insure that I get a shower today and get out of a T-Shirt and sweat pants. I don't think the hosts consider the spread and alcohol as a compensation to underlings although the couple is well off. I think it is a convenient day to have a party when others weren't doing it. And, like New Years Day receptions a good time for a 'recovery' or 'get away from family' thing.

No real cultural traditions of much interest here. Now we did have a family tradition of doing jigsaw puzzles or playing board games at Christmas time. Or Thanksgiving or, really, any time we gathered with family and friends. (Except for funerals. The only tradition in our family vis-a-vis funerals is that after the service and after nibbling on ham and casseroles and such donated by friends we would start wanting something spicy and nachos would get made.)

Jigsaws, though? Yeah. A tradition. Since we moved into a small apartment I have assumed there was no room for a jigsaw puzzle to sit around on a table until we finished it. This year my niece gave us this puzzle that had a 1700's Manhattan with an overlay of modern streets and little plastic buildings to punch into that. See detail above. I decided to pop out the leaf on our dining table which expands it from a four person to a six. It is a little tight with the liquor cabinet near by but it worked. We were still able to eat and work on the puzzle for several days. Soon it will be disassembled and go back in the box. So yeah, maybe that's my 'Boxing Day' tradition! 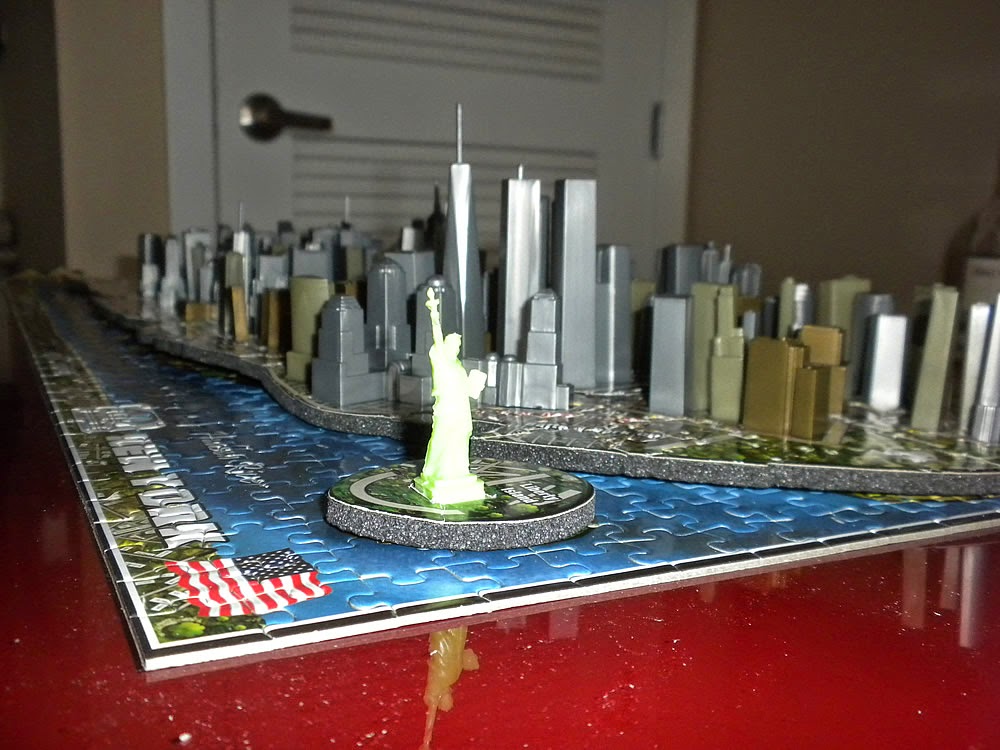 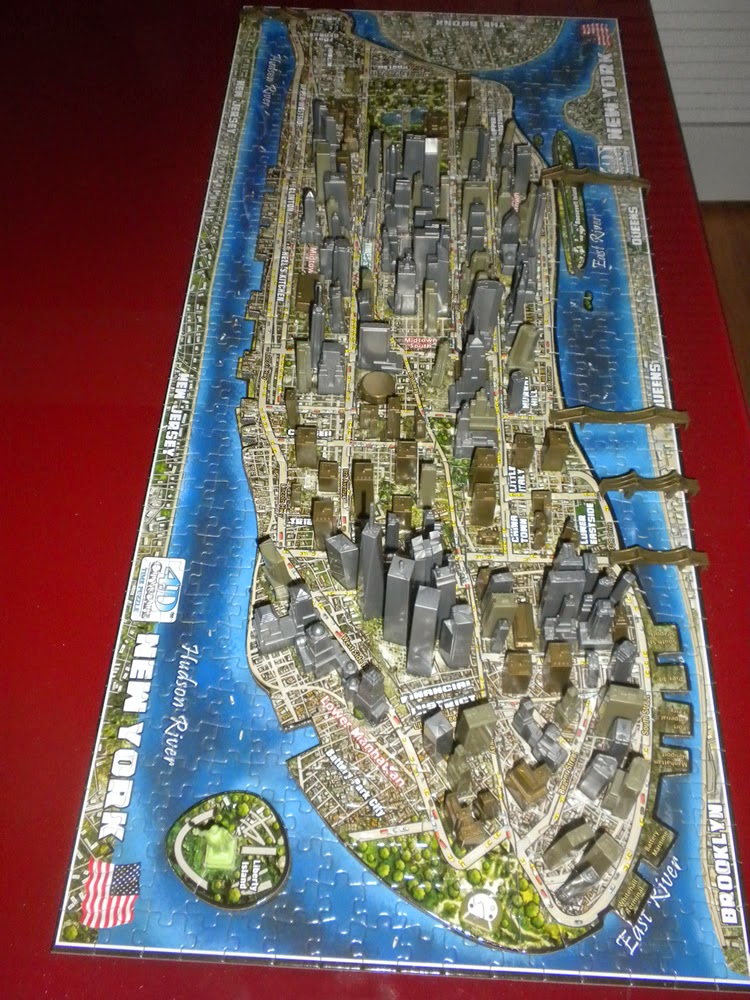 We loved this puzzle, by the way, although getting the 100+ buildings in place was a challenge. Notice we added the new buildings (including ones not yet finished) in WTC area but left the twin towers, too. It was fun seeing the streets and roads and farms of old Manhattan and then seeing the overlay (including the land fill!) and then the buildings and bridges. We love New York and try to go twice a year. We went in June and in October this year. We usually go in December but we attended an October wedding. I think not going to NYC in December made our holiday long and quiet.

Anyway, I say if you don't have cultural traditions to latch onto then make some of your own. Yesterday we had a Christmas breakfast of bacon and banana 'pancakes' (really just egg and banana cooked like pancakes). Today we've decided to have migas for breakfast. Migas are definitely a tradition so why not for Boxing Day?  A lot of our Hispanic friends have a tamale tradition for Christmas Eve I believe it is. (Many non-Hispanic Texans have adopted this tradition, too.) Yep. Migas for Boxing Day. That's the ticket.