My Boycott of Football 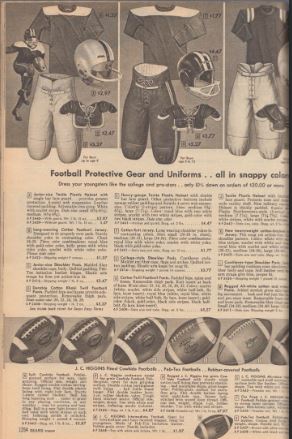 I was born into a culture of football. Not that my dad had a lot of time to spend thinking about football when I was a kid. (He ran a little farm where we lived and grew a little cotton and corn and had dairy cows and pigs and some beef cattle and, mostly, sheep. He also worked a midnight-8a.m. shift at a VA hospital as an attendant.) But one of my favorite stories he would tell was about he and a buddy who got away to see a University of Texas football game in Austin one day and then drove to College Station for a game that night. I think that's how the story went. It was a big deal to go that far away from our home on the farm. Plus two places? Plus football. When I first heard this story, I had probably not been to any football games except maybe our Junior High or High School ones.

Football was, in my world, the school. In Junior High, we sold booster ribbons to pin on for games to raise money for activities. I worked for the activities director. She supervised the cheerleaders, variety shows and football concessions. (She was also a dynamite history teacher, but that's another story.) Sometimes our Junior High band performed for football. We didn't have uniforms, but we bought some matching sweaters and slacks or something. The band existed for us to learn music, but mostly for pep rallies and football, right? I played in the band in High School. We had actual uniforms (which I loved). We had concerts, yes, but really we existed to support football.

I was a girl, of course. (Although not always happy about it.) I wanted a football and, if I'm honest, a uniform. I finally did get a football. I learned to throw and kick it. And sometimes catch it. I didn't often have a playmate on the farm, though, so I did a lot of kick, retrieve, kick. Football was everywhere even before we had a TV. Real players were boys and men. The main thing about schools was football and football was for males.

In college, I was attracted, let's say, to the counterculture. We sort of ignored football. (It was easier at my college where the team wasn't that great.) Still, football. I began to watch on TV. Got to see a Dallas Cowboys game in person. It's a fun sport to watch even if you aren't allowed to play it.

I watched a lot of football. The man I married liked to watch sports, but not play them. He knew players from decades back for the University of Texas. UT was and is football first, everything else an afterthought. I thought I could detect correctly penalties and bobbled catches. Of course, I usually watched on TV while doing other things during the boring parts.

Then, two years and some months ago, I quit. I refused to read about football, listen to sports news on TV about it, watch it, etc. I would literally turn away from a TV in a bar with football. And that includes the ads, too, because I don't want to hear about products advertised in football spaces.

If you read this far, I'll bet you have questions. Here are some answers.


Because football has become equated with the school. It overshadows everything about the school. Because of CTE. (Someone who played football when I was in high school suffered from it. The sport kills and in a quite unpleasant way.) Because of assualts, crimes and sexual harrassment forgiven because school=football so if you play football you are more important than the victims.

2. But what difference do you make?


None, probably. But I won't be complicit. I grew up in what I know now was a toxic atmosphere that promoted this game as a central element of school and life. A game only played by men and boys. And only the biggest, baddest and toughest. And then: we hurt them in a terrible way sometimes.

And, I think, one does what one can do to escape things in the culture that are, after all, not all that great. We can and should as individuals reject them. That's how society grows more just and reasonable.

3. How does it feel to withdraw from football?


Like most habits you kick, there is a nice liberated feeling. And, of course, the temptation to just watch a little. Mostly, though, I see the periphery of this major phenomena. People on the street in their team's gear. Sometimes they are drunk. One time in the elevator of our building a rowdy drunk reveling in the victory of  'his' team grabbed my husband's shoulder and injured him. (This has ended his watching of football, too, which has made my boycott easier.) I see pictures of small children and their parents at football games on social media. I think: "What is that little girl thinking? She's wearing a miniature cheerleader's outfit? Does she think that's what she should aspire to? Does she think whatever she does in school will be in service to this game for big, tough boys and men? What is that little boy thinking? He's wearing a miniature jersey? Does he think he should aspire to be on that field and represent the school?" I see how upset people are when the team loses. As if it reflects on them. And I see how defiant and unreasonably elated people are when their team wins. From where I now stand, it all looks pretty silly. But I remember being there and feeling those things. And lingering over a page like that in the Sears catalog.

Isn't it funny that boycott has 'boy' right in it? Although I have just this minute learned that the etymology of the word boycott and it's an eponym!