It's that time of the year. You buy presents. You wrap them. Kids of a certain age expect presents from Santa. Maybe you dream of getting just the right thing to make your world click. Maybe you dream of giving everyone on your list the perfect present. I was once very caught up in this. As a kid...I dreamed of stuff. I pored over the 'wish books.' Toy guns! Oh, swoon! Toy trains, construction sets! All the things in metal boxes with pictures of little boys on them playing with the wonderful toy. 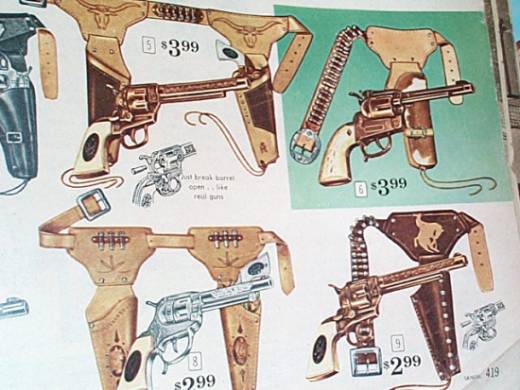 I am way over it. There is no material thing that, if I felt I wanted it and it was available that I wouldn't just purchase. I just don't want much. I don't really want anything I can't afford. I don't buy a bunch of physical presents these days. I give some people money. It's rare that we send people a gift and it will probably be something consumable. I will most likely not wrap a single present this year. (Although sometimes my husband and I will comb our bookshelves for some forgotten tome and wrap it up for the other one.)
One Christmas over forty years ago my sister and brother-in-law and their children and my parents were visiting us for Christmas. We agreed with them and my in-laws that we would not buy presents unless they were secondhand, something we had tucked away in our closet and thought we should pass on or something we made. I think a couple of my unmarried aunts participated in this. What I remember most is that my mother-in-law bought a box of sparklers at a garage sale for a nickel and gave it to my nieces.  They were maybe six and eight. They had such a great time with them that night in our driveway. One of my aunts gave us the aluminum glasses that we had drunk many an iced tea out of at their house over the years. I think I still have them. It was a fun exercise.
Stuff just seems to get in my way these days. I have to move so much around just to clean. Of course, we love having things. But the thrill is really gone.
There will never be a thrill like the Christmas that I got a Polaroid camera. Something which seemed genuinely out of reach and then miraculously appeared. I had read about them, the different models and I wanted this specific expensive one. I was about sixteen. I actually tried to collect enough Green Stamps (remember those?) to get one. It was impossibly out of reach. But my mom found the money to get it. That gift realized my hope for it, too. That's so rare when you want something and, yes, it turns out just like you imagined. It gave me many family pictures with that rich chemical Polaroid depth that still looks great in a scan. I used it for almost ten years, I think.  The one below is my sister laughing at my niece trying to chew on my dad's fingers. The picture is over fifty years old. I finally gave the camera away on Freecycle a few years ago to a camera collector. It had ceased to work. He wrote to me that he repaired the bellows and had it functioning again. For a while, the film was not available for it but I think it is again. And one point about twenty years ago an artist friend and I used it to make transfer pictures from the film chemicals by shooting slides with a special device. I will have to find a scan of one. 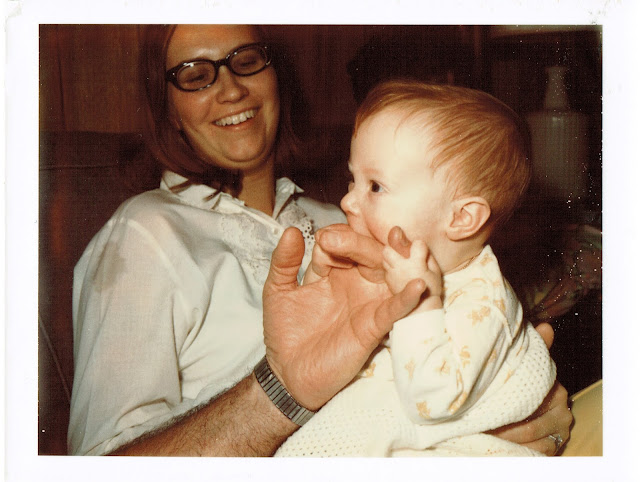 Santa can stay home and stay masked as far as I'm concerned. But I hope he fulfills everyone else's dreams.
Posted by LB at 11:39 PM