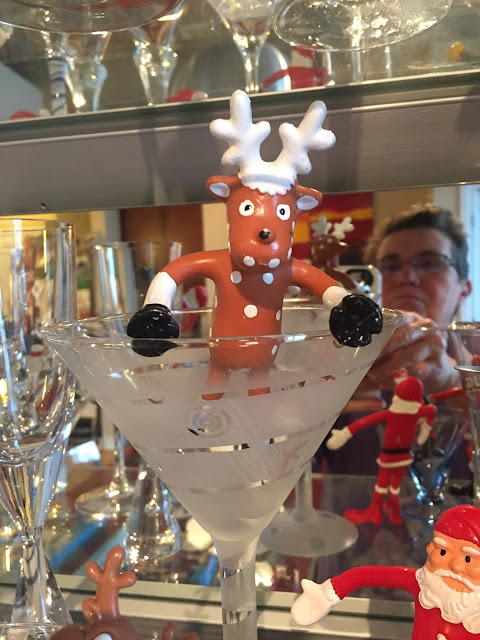 As you go through life, there is an acquisition curve. You want things of all sorts. The advertisers encourage it.You particularly want things if, growing up, money is a little tight and you don't get everything you desire.

Some of us collect things. Maybe bendable, posable figures with an emphasis on Christmas, particularly Santa. Maybe we collect barware and glassware. I've also collected world globes. That collection was mostly given away to a charity garage sale. I collected construction toys. (Only the Erector Set I got when I was nine remains.) I collected Legos. (Most went to my great nephews and, by now, have undoubtedly moved on from there.) I collected other old toys. When we moved into our downsized apartment, I figured I could keep some of the bendables. They stored easily. The Christmas ones would make a whimsical display for the season.

A lot of people collect things and become major experts on them. I am not so driven. But I did notice a few things about the bendable toys. Today, they are all made in China. But old ones were made after WWII in Japan and even Germany. If you were to find some cheap bendable Santas at a store today, there's a good bet they would not be carefully painted. Compare the two toys below. One has a flesh-colored face and even a sprig of green on his cap. His boots are black. The other got a minimal swiping of white and black. 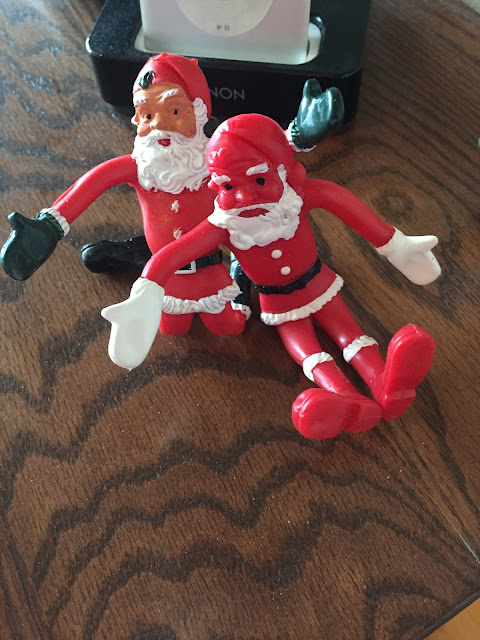 Also, in collecting you go for the rare. The ones that are a little different. A Christmas Tree or Reindeer. A different take. Rarity makes for a collectible. 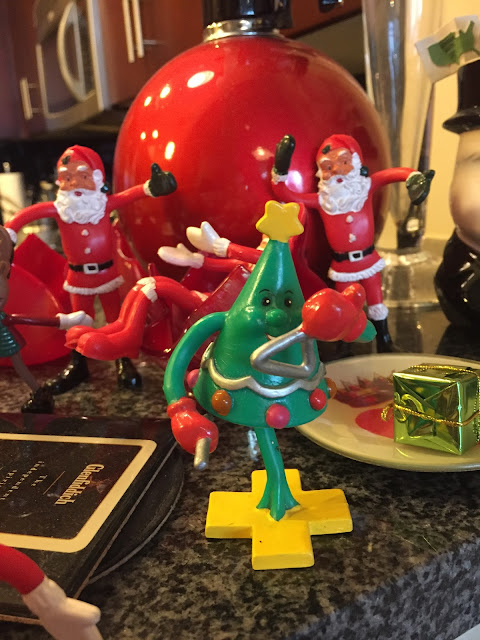 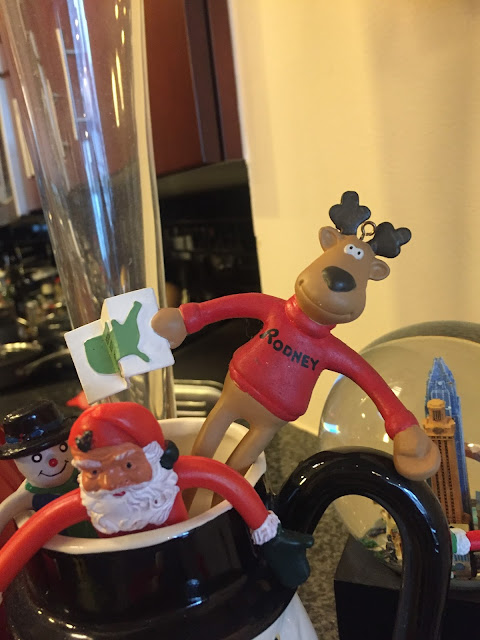 But at the end of the day, collections are cool because you have a lot of similar objects. 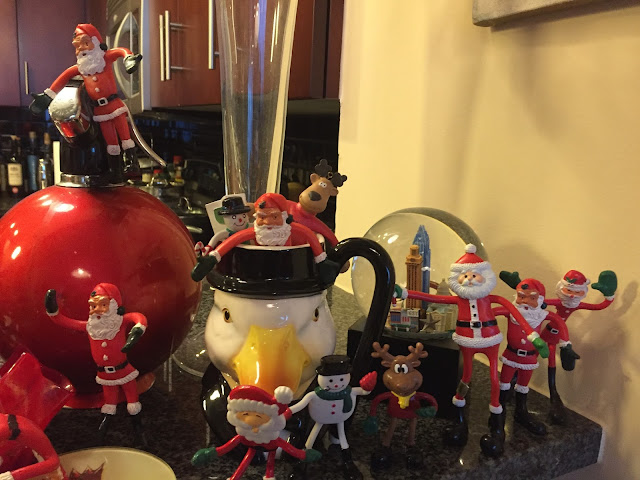 And it's time, I think, for all these guys to disappear into a box in the storage cage. It's only the second time in nine Christmases that they've made an appearance, I think.
Posted by LB at 10:33 PM